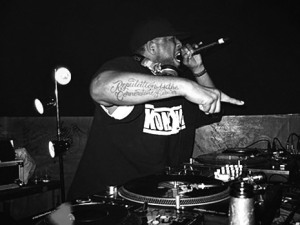 Shoutouts to my brothers, MindsOne, for being recognized by DJ Premier as having one of the best albums of 2010. Even though they didn’t make the top 25, being listed in the Honorable Mention list, with artists such as, Eminem, Reflection Eternal, Homeboy Sandman & others is truly a great accomplishment.

& did I mention that this was written by the super-legendary DJ Premier aka Preemo?!?!  You can read the article here… 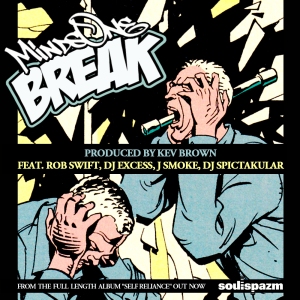 Shoutout to my Port City brethren, MindsOne, for the release of their second joint off of their album, Self Reliance. As expected, this joint is a banger. Here is the info:
MindsOne has released their follow up single from the critically acclaimed album “Self Reliance” on Soulspazm Records.  ‘Break’, produced by Low Budget’s own Kev Brown, serves as an ode to rhythm.  While MindsOne crew Emcees Tronic and KON Sci detail crowd motivation and movement, DJ Noumenon sets up a platform for the technical DJ work which is strategically placed throughout the course of the song.  Fellow scratch masters Rob Swift (the X-Ecutioners), DJ Excess (Ned Hoddings), J Smoke and DJ Spictakular (the Allies) display an array of precise cutlery which justify their places as highly respected DJs in the international scratch community.
The single can be downloaded for FREE here…
Artwork by Big Muhfuckin Hop.

Last August, I made my way down to Wilmington to shoot the Legion Of Doom video. Even though we hadn’t done a lot of planning for the video, I knew that it was going to turn out dope. The song was crazy, and M1 always throws down. After filming the listening party Friday night, we shot all day on Saturday. The end results were epic. I catch myself now watching the video, and thinking about how we captured such a pivotal moment in NC Hip Hop. Download the song for FREE here, or go pick Self Reliance up on iTunes…

This footage is from last Friday night in Wilmington. With the help of MindsOne, 9th Wonder brought his camp to Port City for a showcase at the Soapbox. It was a great event for NC Hip Hop, and if you missed it, here is a glimpse of how M1 shut it down. Make sure you pick up Self Reliance off of iTunes…